are a duo of guitarist-singer-songwriters with a humorous and original interpretation of the vicissitudes and absurdities of modern life. They were born within a month of each other at the tail end of the post-World War II baby boom. In 1972, Kris and Tim made a record as Grobbert and Duff called ‘I Am, I Think’ and it has since become a cult classic. In the Record Collector price guide it is priced at £150 plus. After 40 years, Gray and Wyatt have got together again and have recorded a new album ‘Naming the Darkenss’ to be released later this year via MIG Records in Germany. It will feature 4 tracks written by Kris, 4 by Tim and 5 co-written by them both. Their music explores the harsh joy and soft anguish of surviving the second half of the 20th Century and continuing to eke out an existence in the new millennium of austerity and conflict. With a repertoire not confined to a single musical genre with influences drawn from Bob Dylan, Warren Zevon, Tom Waits and Randy Newman. 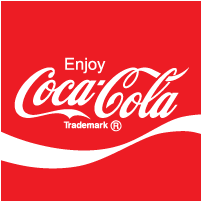